You’ve most likely seen this product in an advertisement, but you may still be wondering, “What is a George Foreman grill?”

These kinds of grills have been around for a while, and they have a variety of products to offer. If you take the time to learn about the product, you can decide if George Foreman is the best grill for you.

​What Is a George Foreman Grill?

When it comes down to it, what is a George Foreman grill and is it like other grills?

It’s important to realize that most of the George Foreman grill lineup consists of tabletop grills that you normally use inside. It has two main plates that, when you close the grill, cook both sides of your food simultaneously. Because of this feature, it can cut your normal cooking times in half.

There are also a handful of different styles available, so you can cook for yourself and up to 15 people in one go. 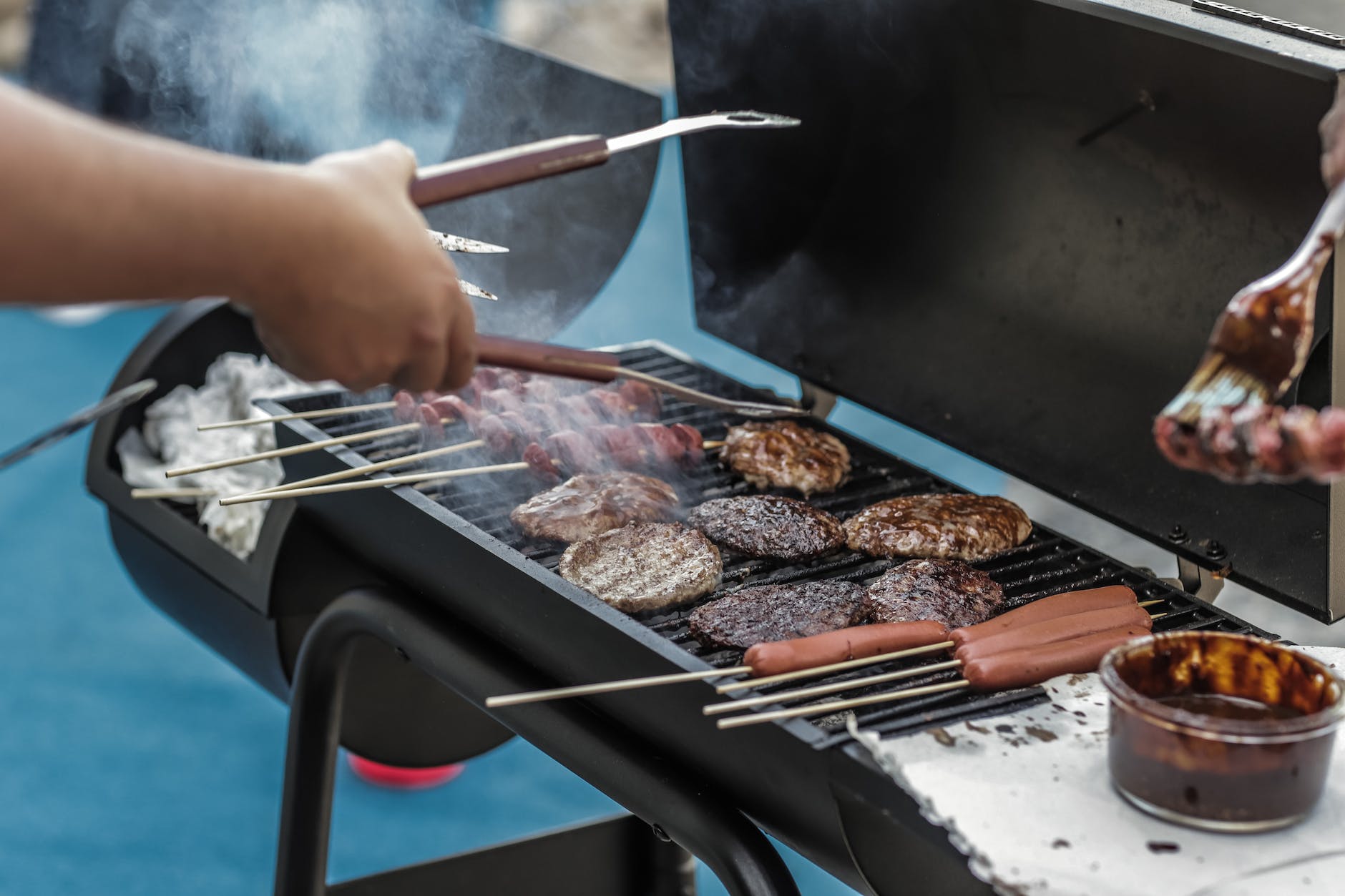 There are four grills with the George Foreman name that you can choose from. It starts with the most basic kind of grill and ranges through all styles to a premium grill. They also have an indoor and outdoor grill that allows you to cook wherever you want.

Each has its own features, but they mostly work the same. Essentially, if you operate one, it’ll be easy to operate the other styles.

This basic grill is a great starter for those asking, “What is a George Foreman grill?”

It features the brand’s two-plate cooking to reduce cook times, and it has a drip tray to catch any dripping oil and grease. The plates slant downward, so you don’t have to worry about your food gunking up the plates with grease.

When you plug in this George Foreman grill, it heats up automatically. It doesn’t have any heat settings, but it has a light indicator that will inform you when it has reached its ideal cooking heat. This allows for no-hassle cooking that does most of the work for you.

If you want a George Foreman grill with removable plates, this advanced style will be your best friend.

It’s similar in style to the basic model with its heat indicator lights, slanted plates, and drip tray. The biggest difference is the fact that you can remove the plates from the grill.

This makes for easier cleaning when you want to clean up after dinner without too much effort. In fact, you can just put the plates in the dishwasher with the rest of your dirty dishes.

The premium-style George Foreman grill gives you access to other features. You can purchase an open grate design, or there is one with interchangeable plates that allows you to cook a variety of dishes.

With the latter style, it doesn’t act solely as a grill. It can also be a broiler, waffle maker, and panini press. It even has a griddle plate to cook other foods as well.

The plates and drip tray are dishwasher-safe, so cleanup is a breeze with this grill. You can also adjust the temperature between 350 and 450 degrees Fahrenheit.

The George Foreman Indoor/Outdoor grill runs on electricity like the other designs, but you don’t have to use it inside all the time. It comes with a stand that also allows you to cook out back on the patio. If you want to grill outside without the hassle of charcoal or propane, this is the grill for you.

It has five heat settings to choose from and a domed top. It also has much more space than all the other grill styles, so you can easily feed multiple families. This model merges the perks of George Foreman grills with the nostalgia of traditional grilling. 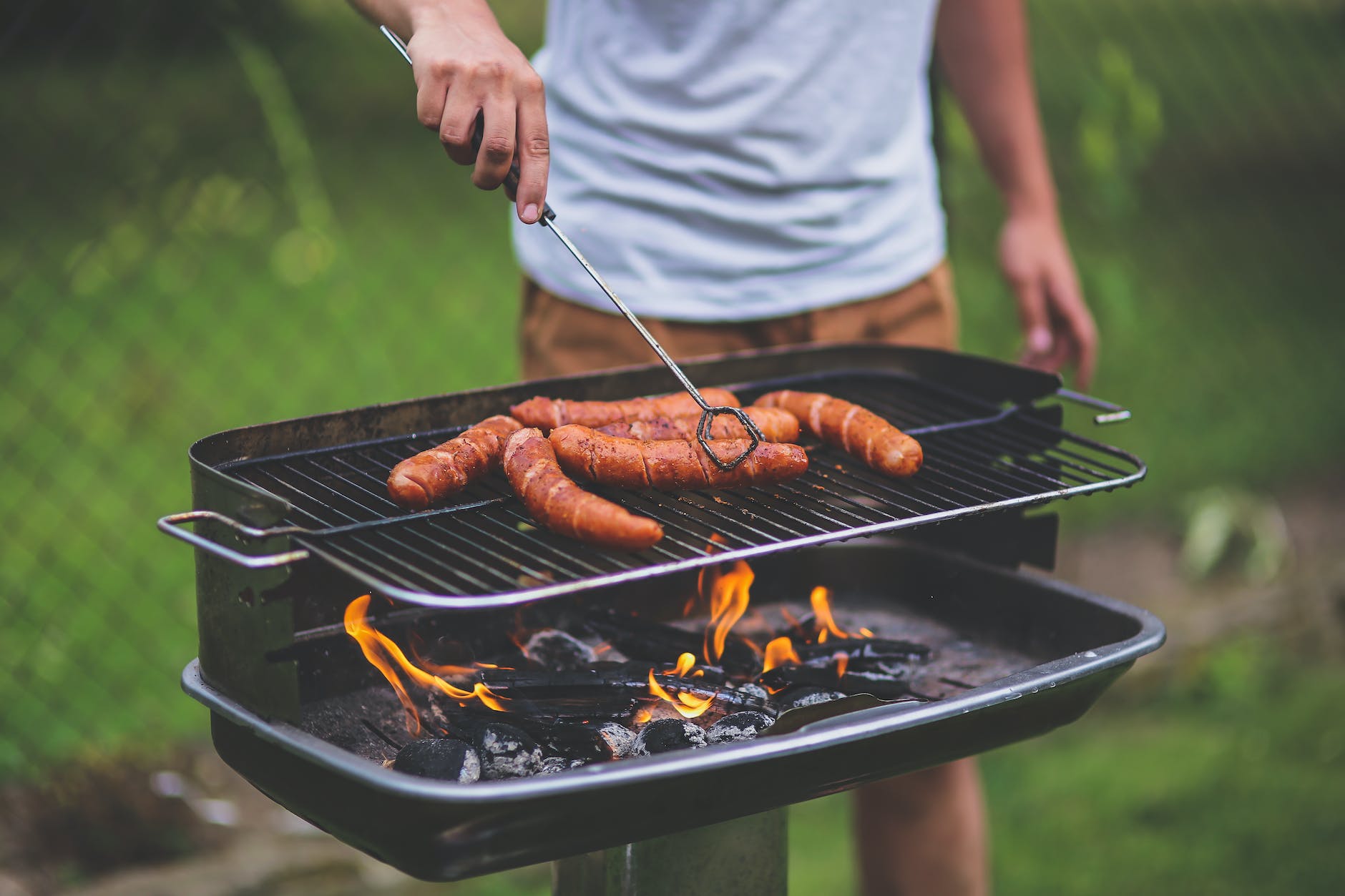 The answers to these questions are pretty simple. In fact, it may be so simple that you consider buying one for yourself.

People have been asking, “What is a George Foreman grill?” for the last 20 years since they debuted. In fact, many people (including myself at one point) assumed that George Foreman himself created these revolutionary grills.

In reality, the creator of these grills is Michael Boehm. He was a manager for a company that manufactured home electronics, and he frequently tinkered with products to make them better. When it came to tabletop grills, he saw that each of them had the same problem: They couldn’t cook both sides of the food at the same time.

To test his theory, Boehm tried cooking meat on an angled cast iron baking sheet. When he saw that the fat and grease dripped away from the meat, he continued to manufacture the grill. His patent for the “Short Order Grill” was approved in 1997.

This is the part where George Foreman came in. A friend of his approached him about having his own brand of grills. Foreman was skeptical, but his wife tried the product and instantly loved it. After this, Foreman grew to love it and wanted everyone in his family to own one.

He then became the spokesman for the brand and sold the grills with his name. It was only at this point that business boomed and the George Foreman grill became a household name.

When it comes to operating a George Foreman grill, the process is simple.

You do most of the work before you even turn the grill on. Once you marinate your chicken, season your pork chop, or assemble your hamburger patty, you’re ready to get started. Because this grill works so fast, it’s better to have all the prep work done before turning on the grill.

The indicator light will turn on when it’s preheated, and then you can place your food on the plate. Don’t put your food on the grill while the plates are still cold because it is more likely to stick when it cooks.

Once you have added your food items, close the grill so that both the top and bottom plates come in contact with the food. Thankfully, the two plates make it so you never have to flip the food around. This makes it so that your meal cooks much faster than on a traditional grill.

Depending on the food you’re cooking, it will only take a matter of minutes before it’s done. The longest foods to cook are probably bone-in chicken thighs or quarters, but even then, it will likely only take about 15 minutes.

Also, be sure to place the drip tray in front of the grill so it can catch all of the fat and grease.

How to clean it

Cleaning a George Foreman grill is simple as well. Before you can start, make sure the plates have sufficiently cooled down.

No matter which style you have, the drip tray is dishwasher-safe on the top rack. If your grill has removable plates, those are dishwasher-safe as well. You will likely only need to remove baked-on pieces before placing it in the dishwasher.

If you have the basic grill where the plates are attached, it still doesn’t take long to clean. All you need is a warm soapy cloth to wipe them down. Once you’ve removed all the baked-on food, wipe it down again without soap to remove any food or soap residue.

After this, dry off the plates and you’ll be ready for your next grilling adventure.

Foods You Can Cook on a George Foreman Grill 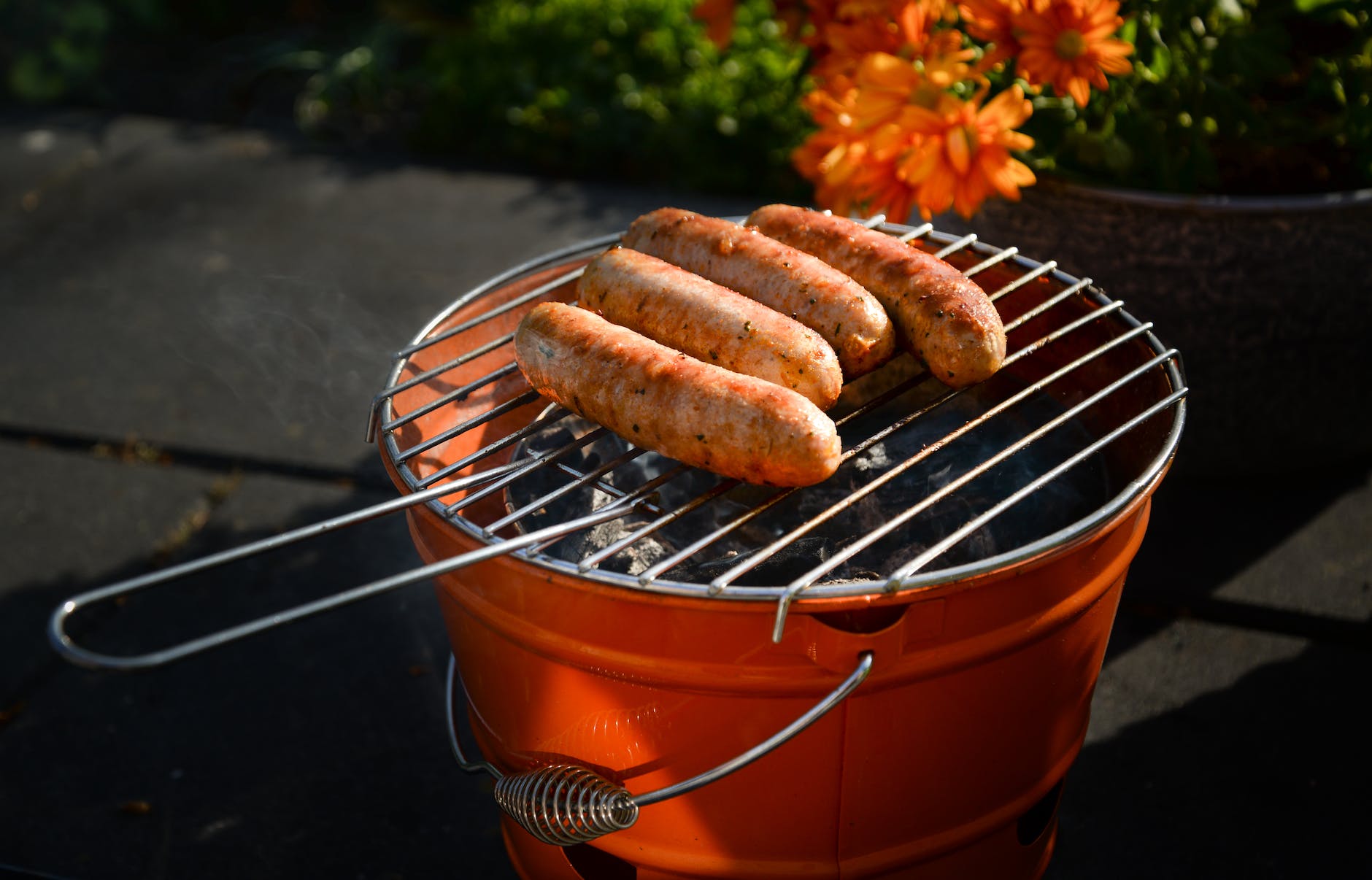 It’s one thing if you can answer the question, “What is a George Foreman grill?” However, this will often lead to the more pressing question of “What can I cook on one?”

If you have the premium-style grill with removable and interchangeable plates, you can cook just about anything. You can sear, broil, and grill, as well as make waffles. However, there is still variety if you only have the grill plates.

Do you have a big breakfast to make? You can easily cook sausage and bacon to perfection. If you use the drip tray to prop up the grill, you can even cook eggs without them sliding off.

Even if you don’t have the panini press plates, don’t let that stop you. You can make paninis, grilled cheese, or any other kind of sandwich on these kinds of grills. In fact, you can even make a quesadilla.

You don’t have to stick to chicken, pork, beef, and fish. With a bit of imagination and minimal skill, you can cook just about anything with a George Foreman grill.

​What Is a George Foreman Grill?
A Step Toward a Superior Grilling Experience

Now that you have the information, you can help out your family and friends that ask, “What is a George Foreman grill?”

This innovative grill comes in a handful of different styles, and each one has unique features. You can go for the basic grill for a low price, or you can go all out and purchase the premium one that offers more. They even have a grill with a stand that allows you to grill outside.

They’re simple to operate and clean, so anyone can enjoy their grilling experience. They also cook food much faster than other grills, so you’ll be eating in no time.

What are your thoughts on George Foreman grills? Let us know in the comments section.

What Is a Hibachi Grill? History and How to Use It

The Best Grill Tongs That Will Help Make Life Easier